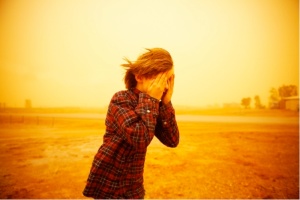 At the risk of sharing proprietary information, this blog draws anywhere from 600 to 1,000 hits during the week, and significantly less than that on the weekend, when I don’t update it.

As I’m not selling ads, the numbers are more like a “How ’bout that,” but this weekend, I logged on to check for comments, and found that the day before, a Saturday, the blog had attracted four shy of 5,000 hits, and on Sunday, it did even better, with 5,895, and on Monday? Just a few less than that.

Things are pretty much back to normal, but do you know what drove those hits? This photo:

See, I forgot, in my mania to only write about stuff I care about, how very quickly the Interwebs will beat a path to your door if you show women-wearing-not-much. In my earlier incarnation, during the ’08 presidential race, all you had to do was mention “Sarah Palin,” and you could count on her supporters and her detractors commenting in equal numbers. (So that fake photo of the former Republican vice presidential candidate posed in a bathing suit and holding a rifle? Myst have cleaned up on blogs that ran it. I can’t remember that I did. If I did, I apologize. Did I mention it was fake?)

Anyway. As fabulous is the attention (not really), I’m glad we’re back to as normal as we’re going to get here at DJ Central. Phew!