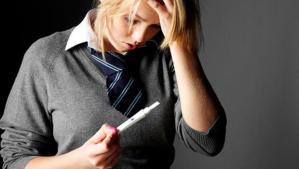 Though teen pregnancy rates and the number of abortions have fallen in the U.S. and elsewhere, the U.S. still leads the world in teen pregnancies among 21 countries where data is gathered on such things, says a new Guttmacher Institute study.

From the press release:

In the U.S., which has a teen pregnancy rate seven times that of Switzerland. From the study:

…the very low teen pregnancy rate in Switzerland exists in the context of long-established sex education programs, widespread expectation that sexually active teens will use contraception, free family planning services and low-cost emergency contraception. But even in Switzerland, statistics indicate that teen pregnancy rates vary with levels of education and cultural background of adolescent girls.

That damn wealth/income gap. It will get you every time.