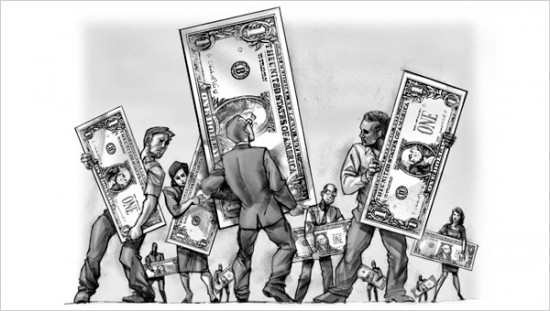 Leftover sends this, a powerful, concise essay by Peter Marcuse on what language we should use to describe wealth/income inequality/poverty/war on. From the essay:

In fact, the way the rich obtain their wealth is what generates poverty. Here are a few specific mechanisms by which this happens: