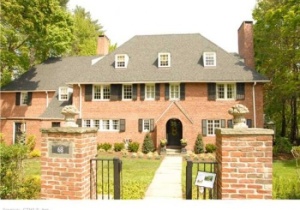 So I wrote this for Connecticut Magazine, about a group of 11 Harford residents (eight adults and three children) who banded together to form an intentional community in a mansion (pictured) in one of Hartford’s chi-chi neighborhoods.

Many of the neighbors don’t want them there, and so the board of zoning stepped in. The group has been trying to work with neighbors, but then the city of Hartford announced it was suing the residents.

And then the group announced yesterday afternoon that they were suing in federal district court to protect their constitutional rights.

This is sad on so many levels, starting with:

On the happy side, I predict this is going to be the start of a really interesting conversation about family, and what makes a. Here in Connecticut, we like to say that love makes a family, from a wonderful non-profit that pushed our state toward marriage equality. It would be great if we started acting like we believe that.