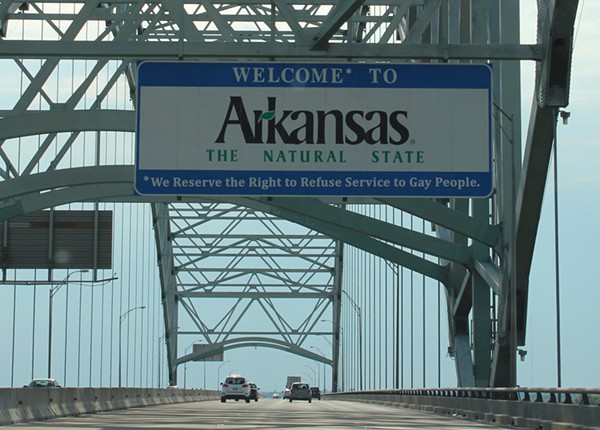 The Arkansas legislature has passed to Gov. Asa Hutchinson a “religious freedom” law similar to the one that has caused the uproar in Indiana and elsewhere.

Gov. Hutchinson is a 1972 graduate of Bob Jones University, the ultra-conservative institution of higher learning whose policies (and graduates) would be funny if they weren’t so very sad.

Odds are he’s going to sign it, but he should consider the efficacy of a law that codifies discrimination against any group of people. Then, too, there’s talk that he’s seeking a compromise measure.

Oh, Arkansas. If your own problematic hometown corporation — giving credit where credit is due — is against this, who can be for it? Walmart has come out swinging as an early opponent of the law. Here‘s a statement from their CEO:

UPDATE: He didn’t sign it. Rock on! And he didn’t sign it — at least in part — because of conversations with his son, Seth, a Texas union organizer. Glory!