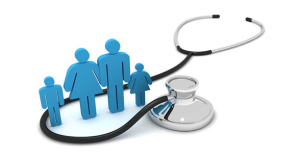 From the Urban Institute:

The number of uninsured people would rise from 28.9 million to 58.7 million in 2019, an increase of 29.8 million people (103 percent). The share of non-elderly people without insurance would increase from 11 percent to 21 percent, a higher rate of uninsurance than before the ACA because of the disruption to the non-group insurance market.

And that’s just for starters. You can read the entire report, “Implications of a Partial Repeal of the ACA Through Reconciliation,”  here. And thanks, Leftover, for the link.