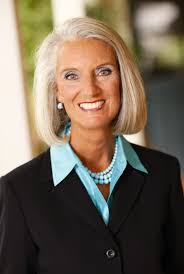 Evoking Big Angry God, the Rev. Anne Graham Lotz (Billy’s daughter) said in a recent interview that terrorist attacks and weird weather patterns are a result of God’s wrath because we are slackers and sinners and people get to pick their own bathrooms, and because of that, America is imploding.

Lotz said in the interview that though she’s not much of a prayer, God told her recently to pray for America, Israel, and revival in the church, in that order.

It’s interesting to listen to this, mainly for Lotz’s utter lack of hope in the future. Rev. Lotz should probably walk out into the marketplace she hates so much, and lift her hands (instead of her voice) to be like Jesus, and feed the hungry and house the homeless and let God take care of the rest. Prayer and hand-wringing is one thing. Action is another. I say that with love.

And a big ol’ hat-tip for this to Right Wing Watch.