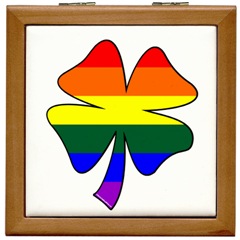 ‘Tis a made-up conversation, but on the eve of a historic vote in Ireland on marriage equality: